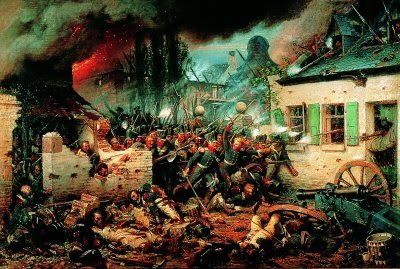 We found it very difficult to determine Prussian movements around Plancenoit. We knew that the Prussian army had advanced from Paris Wood towards the town, but could not find where Paris Wood was. 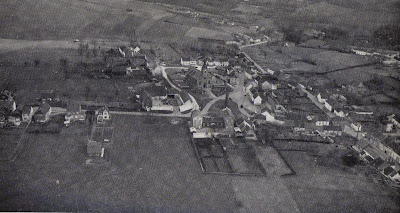 This photo shows Plancenoit, with the church in the centre. It is taken from the direction in which the Prussians would have advanced on the town. 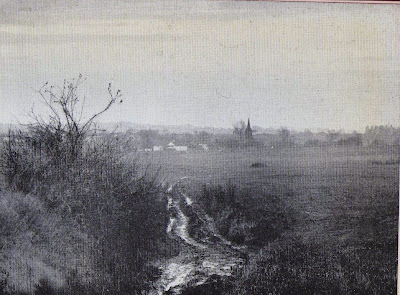 This interesting photo gives a good impression of what Plancenoit might have looked like to an advancing Prussian infantryman. 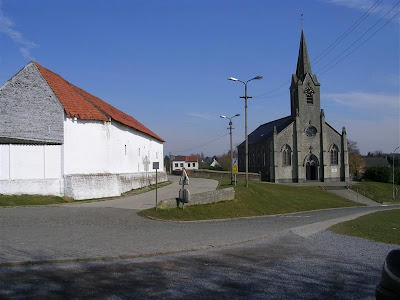 There is no doubt that the fighting raged around the church, and that is one place which is easy to locate. The shape of the town has not changed greatly since 1815, and the church is still in the centre. 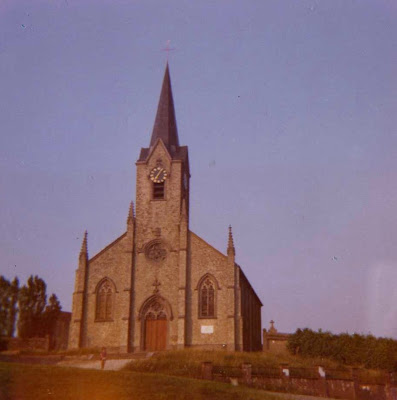 When we were there the church was closed, but we could walk around the outside area and church yard. On a warm summer evening it was difficult to imagine what it must have been like on 18 June 1815. 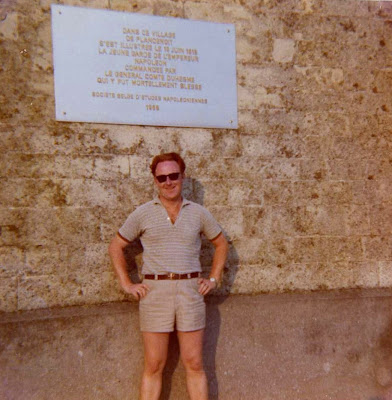 Although we walked around the town we did not see anything else which was obviously related to the battle. Unfortunately Jac Weller's "Wellington at Waterloo" does not go into much detail about Plancenoit, presumably because he had a similar problem. There is a general description of the fighting, but nothing specific apart from mentioning that the church was the centre of the fighting. 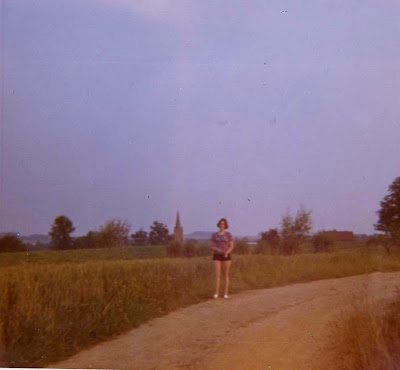 This is the road which leads from Plancenoit to La Belle Alliance, and the Prussian army would have advanced along this road having driven the French from the town. 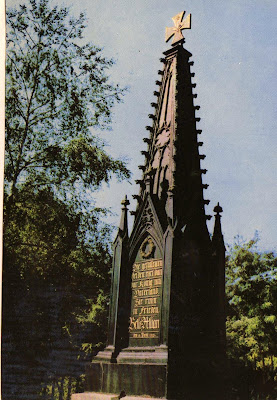 This impressive, and very Prussian, monument lies between Plancenoit and La Belle Alliance, and marks the Prussian advance.

Posted by paul leniston at 2:25 PM